A Moment to Break EP

"I want to run to the edge/Throw caution to the wind/Part of life is risking it all."

With that powerful chorus from the driving "Second of a Spark," multi-talented singer-songwriter Jamie Lynn Noon announces her stunning arrival with her debut EP, A Moment to Break. The 22-year-old California Bay Area native, who cannot recall a time when music was not a part of her life, is in line with contemporaries like Chantal Kreviazuk, Chrissie Hynde and Linda Perry - a gifted artist in her own right, yet one whose songs are natural fits for other prominent performers. And with A Moment to Break (to be released January 27, 2009 on Internet digital download retail sites worldwide), Jamie showcases the best of her vast catalogue of hook-laden, irresistibly catchy songs.

Co-produced by Jamie and film/television music veteran and producer Kevin Harris and mastered by Grammy Award-winning engineer Brian Gardner (No Doubt/Christina Aguilera/Avril Lavigne), A Moment to Break showcases six songs spanning the best of Jamie's already-vast catalogue. From the inquisitive "I'm Trying" (one of the very first songs Jamie ever wrote - fresh out of high school) to the autobiographical "Waste It on You" ("a raw, emotionally honest work"), Jamie's EP is a brilliant encapsulation of a fresh young talent on the verge of super-stardom.

"I can't remember a time when music wasn't a part of my life," remarks Jamie. "It's just always been my passion and my first love." Unlike most teenagers, though, Jamie would always check the albums she listened to in order to see who the songwriters were. "I consider myself a songwriter first and foremost. I'm definitely a singer as well, but I really admire those artists who are diverse enough to write for other performers. And that's the company I'd like to be in."

Often starting from a simple lyrical or melodic concept, Jamie (trained early on the flute and in choirs) sits down at the piano and has the ability to have songs pour out of her in their entirety, as fully formed compositions. Working with longtime producer Kevin Harris in his Bay Area studio, Jamie then realizes the songs into their ultimately lush productions. "When I play the songs for Kevin, he knows exactly what feeling I want and we arrange those songs to capture that vision." And the two make for a potent partnership.

The EP kicks off with the powerful "Second of a Spark," an upbeat ode to forgetting about the future and living life in the moment that belies the young singer's years. ("In a whirlwind, I don't want to calm down/It's a surge of emotions controlling me now/And all I want is this moment to live with me now.") It segues into "Blind" - one of two songs written as a waltz, testimony to Jamie's ability to write in unusual time signatures and still pull off perfect pop confectionaries - which reflects on regrets and not knowing what you have until it's gone. ("Now I'm left to relive this inside of myself/And I'm dying again and again.")

The title track of A Moment to Break, which immediately follows, is both Jamie's most recent and most personal composition ("It's completely me," offers the songwriter). It precociously looks at the inevitability that life can change in a moment and pines for the hope that something good can still come of the loss. ("It takes a moment to break and a lifetime to heal... Though memories fade, you never disappear.") Further evidence that Jamie is writing of experiences that far surpass this gifted ingénue's age.

"Waste It on You" is simple in form, yet completely personal in its honesty, ruminating on the need to rise above circumstances in order to remain true to yourself. ("I've done what I can and I've said who I am/So just take it or leave me behind.") The ensuing "I'm Trying" was the second song that Jamie ever composed, though it has lived with her and evolved over the course of its life - appropriately, since it deals with the hardships one has to overcome in choosing the career of an artist. "I initially wrote it five years ago and did a demo with just vocals and acoustic guitar, but I put it on hold for a while - and now, it's been restructured and rerecorded, but still has that initial raw emotion I wanted to retain," explains Jamie.

"To Finally" is the ultimate closing track - written in a unique 6/8-time structure and based on a brilliant chord sequence Jamie worked out at the piano. It completely sums up the themes of the EP in an uplifting and universal fashion. ("You have to live through loneliness to finally feel the love/You have to go through all the lows to finally see the sun.")

Clearly, Jamie Lynn Noon is a gifted artist working in an arena way beyond her youthful age and A Moment to Break is a revelation of an EP. But her EP is not her only offering to her hardcore fan base. Jamie is also releasing a separate single, "'Til Ya Make It," produced by Grammy and Oscar-nominated producer/songwriter, Jud Friedman (Whitney Houston/James Ingram/Kenny Loggins), the song which led her to form the 'Til Ya Make It organization - a website in development which will advocate charitable causes and provide a forum for her fans to come together and share their own stories about overcoming hardships. The single has also been featured in the hit television series, Saints and Sinners.

Jamie is also a featured artist on AllyKatzz, personally invited by the company's founder and CEO, Denise Restauri, formerly a VP at USA Today. And in Jamie's typical charitable fashion, she will be giving her fans a special Christmas gift this year with a gorgeous rendering of "Silent Night," released just in time for the holidays.

With A Moment to Break, singer-songwriter Jamie Lynn Noon has announced her arrival - not merely as an enormously gifted artist, but also as a songwriter whose works would be perfect for interpretation by today's top pop artists. And with all the attention being garnered by this remarkable young talent, Jamie seems to be living the advice from one of her own uniquely melodic compositions: "Life's too short to make believe/You've got to start to live your dreams." Jamie Lynn Noon has started living hers - and with her debut EP, the time has come for the world to stand up and take notice.

A Moment to Break will be released on January 27, 2009 on iTunes and all other major Internet retailers worldwide. 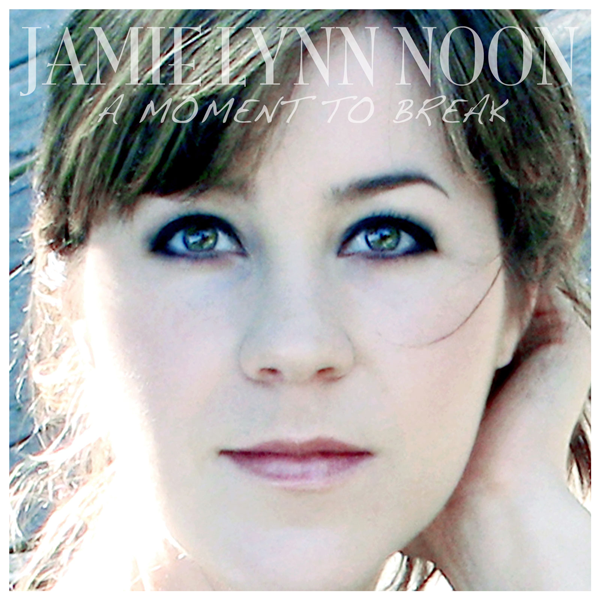